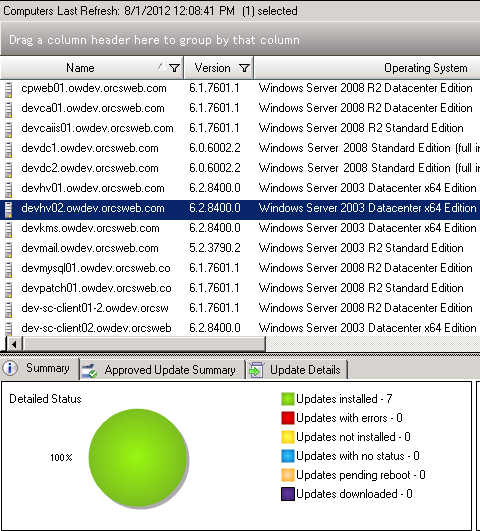 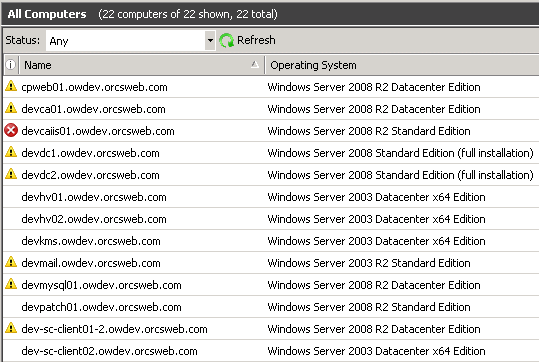 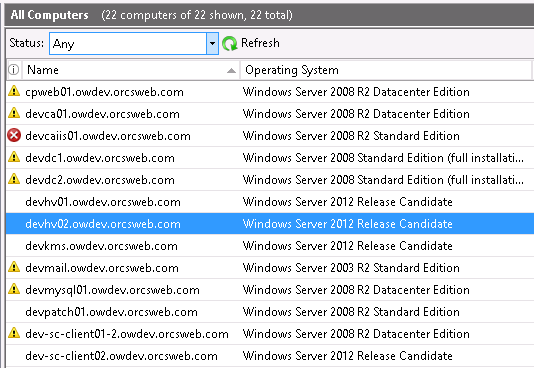 Recently configured WSUS on Server 2012 RC for a lab environment in preparation for RTM and ran into a configuration problem. Clients were failing to download updates and reporting error 0x80244017. After ensuring my RC installation was updated with KB 2627818 and that the clients had KB 2720211, I double checked that clients could access the WSUS site: https://wsusserver:8531/ClientWebService/client.asmx (you’ll receive a YSOD .NET error if you load that in a web browser, it’s normal). The C:\Windows\WindowsUpdate.log file contained the following error information:

After some brief troubleshooting, I came across a post that suggested it was an authentication problem, but anonymous authentication had been configured in IIS appropriately. I compared NTFS permissions of the WSUS folder with a working installation in our production environment, and found that the local Users group did not have permissions. After granting the Users group Read permissions, clients were able to successfully download updates.